Home, to a traveller

I guess every traveller is different. But there are common factors that if focused upon, put us all on a spectrum. There are spectrums of how much time spent travelling, from rarely to continuously, and of how many places visited etc. For better or worse, I suspect I’ve gotten myself onto the extreme end of one spectrum- connection to a home.

Let me explain. My wife and I are British academics but left our country 12 years ago to work and travel abroad. We’ve since lived in Ecuador, Japan, Kazakhstan, and Thailand. I’ve met a lot of expats along the way. And I’ve noticed that some have permanently altered their lives, identifying their new country as their home. But there is another type who always seem to have plans for their returns to the home country. I work in universities, and academics of that ilk often treat their time ‘abroad’ as the exception- it is completely taken granted that they will return to home countries during university vacations. As exempla, in Chuo university (Tokyo), I had a colleague who had come to Japan thirty years previously, and worked continuously, while other colleagues worked 30 weeks in Japan each year, the remainder spent in their home countries.

There are some, like me, who don’t fit either of those characterisations. I don’t have strong connections in any of the countries that I’ve lived in over recent years. Not strong enough to identify as my home anyway. I honestly don’t know where I’ll be in a year or two’s time. I am currently working in Thailand, but on yearly-renewing contracts, and similarly yearly-renewing visas. So, I can’t depend on being able stay here. To look on the positive side, the future is open to me.

Of course, I am British, and can always return to the UK (with my now non-EU passport). But, after 12 years of moving about, a return would feel rather dull. Moreover, and psychologically more important, I no longer have possessions in the UK. As many do in my position, when I first left my home country, I placed my stuff in storage at my parents’ house. But with the recent passing of my mother, that storage space has ceased to be available. So, my clothes, books, mementos etc. have been given away, or in the case of my vinyl record collection, hastily sold, for a song. Not having possessions in a country seems to make a difference. The UK feels less like home than ever before.

The English proverb, a rolling stone gathers no moss is pertinent here. It is supposed to mean that there is a price paid for living an itinerant life. Perhaps tellingly, I’ve always questioned why solid stones being gradually eroded by moss is seen as a positive. In fact, I still feel that I’ve developed more, as a person, over these 12 years, which could easily have become a blur of repetition in my memory. But it’s too easy to take either a positive or negative interpretation of that proverb. The important part, as Bob Dylan observed in his song Like a Rolling Stone, is How does it feel? To be on your own, with no direction home?

I suppose that’s the nature of life on road, take it to an extreme, and you’ll find that there are no routes that lead you home. 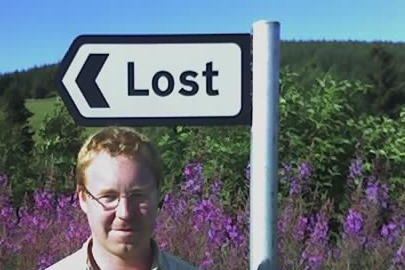 Does it matter? The concept of a home is incredibly fuzzy and abstract. But turning it on its head, one can find home anywhere, it’s all really just a matter of identification. For my wife and I, thankfully, this state of statelessness is self-imposed. For those in the World in which it was imposed upon them by the slings and arrows of outrageous fortune, the refugees, the psychological impact would be immeasurably worse.

I can still appreciate the adventure of being a traveller as a lifestyle choice. And, one day, maybe, I’ll find home again, wherever that may be.

Fill out the form below to add your own comments